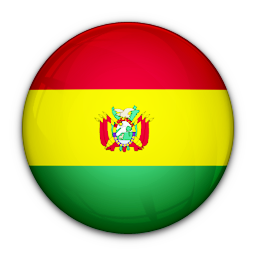 Effects of foreign debt and other related international financial obligations of States on the full enjoyment of all human rights, particularly economic, social and cultural rights: the activities of vulture funds; Expert mechanism on the rights of indigenous peoples; Promotion and protection of the human rights of peasants and other people working in rural areas.

Average of statements for all countries: 35
8

Average of statements for all countries: 11
45

Bolivia tabled ‘voluntary pledges and commitments’ in support for its candidacy for membership for the period 2015-2017 on 1 July 2014. The document presents Bolivia’s international level and national level commitments and pledges for its membership term.

The majority of the document presents Bolivia’s existing legislation, practices and institutions for the purpose of promoting and protecting human rights. Where it does offer concrete commitments, Bolivia pledged (at international level) to: strengthen multilateralism as a diplomatic tool to promote and defend human rights; encourage the participation of civil society and indigenous peoples in the decision-making processes of the Council; promote recognition of the rights of indigenous peoples within the UN; participate actively in the UPR; and maintain an open dialogue with OHCHR.

Domestically, Bolivia made commitments to encourage efforts to combat racism and all forms of discrimination. It also pledged to promote food security.

An analysis of steps taken by Bolivia in fulfilment of its international pledges shows Bolivia’s Council participation to be rather limited, engaging in only 9% of panel discussions, 9% of interactive dialogues and 13% of general debates. Bolivia cooperates well with Special Procedures, responding to 12 out of 14 communications received, although it only accepted 5 out of 14 visit requests. For those international instruments to which Bolivia is party, it has five overdue periodic reports (including its report under ICESCR, which is 5 years overdue), and submitted 1 late (CEDAW).