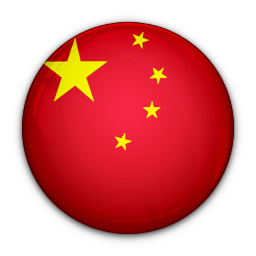 Since it first became a member of the Council in 2006, China has (in the absence of consensus) voted against all resolutions tabled under item 4 (situations that require the Council’s attention). China has also voted against country-specific resolutions under item 2 (i.e. the situation in Sri Lanka), although in June 2015 it did join consensus on an OIC resolution on the situation of Rohingya Muslims and other minorities in Myanmar. For item 7 resolutions (human rights in the Occupied Palestinian Territories), China consistently votes in favour. On item 10 resolutions (capacity-building), China has joined consensus on all resolutions except three that were voted on during the period of its membership: on cooperation with Ukraine (with China twice voting against), and on the situation in the Democratic Republic of the Congo (with China voting in favour). For thematic resolutions dealing with civil and political rights, China has generally joined consensus. Where there has been a vote, China has usually voted in favour. The exceptions to this rule are China’s votes on a 2014 resolution on the question of the death penalty (China voted against) and a 2014 resolution on peaceful protests (China voted against). China has abstained during votes on resolutions dealing with issues including: human rights, democracy and rule of law (2012, 2015); sexual orientation (2011, 2014); torture (2009); religious discrimination and its impact on economic, social and cultural rights (2009); and religious intolerance (2007). For thematic resolutions dealing with economic, social and cultural rights, China has either joined consensus on, or has voted in favour of, all adopted texts.
View full voting record

Average of statements for all countries: 109
41

Longest visit request not (yet) accepted by the State >
SR on human rights defenders; 2005

The document presents a summary of China’s achievements and fulfilment of the pledges and commitments it presented for its previous membership term (2014-2016). It also includes some concrete pledges and commitments for China’s upcoming membership term, including, inter alia, to, continue to promote economic, social and cultural rights; improve its democratic system; Fully protect the rights and interests of ethnic minorities, women, children, the elderly and people with disabilities including by adhering to and improving the system of regional autonomy for ethnic minorities; Continue its active participation in the Council and to cooperate with the special procedures.

An analysis of steps taken by China in fulfilment of its international level pledges shows that China is an active participant in the Council’s work. Regarding cooperation with Special Procedures, China only accepted 8 out 31 visit requests, but did respond to 52 of 72 communications.