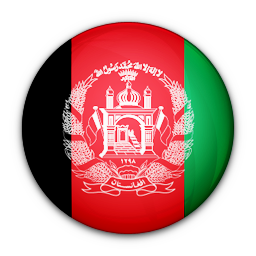 Proclamation of 19 August as the International Day of Remembrance and Tribute to the Victims of Terrorism; Addressing attacks on school children in Afghanistan.

Longest visit request not (yet) accepted by the State >
SR on cultural rights, 2019

Afghanistan tabled ‘voluntary pledges and commitments’ in support for its candidacy for membership for the period 2018-2020 on 6 September 2017. The document presents Afghanistan’s international, regional and national level commitments and pledges for its membership term.

At domestic level, Bangladesh pledged to: ratify the OP-CAT; endorse the revised Penal Code consistent with the Afghan Constitution and guided by the commitment of Afghanistan to the international conventions; ensure endorsement of a comprehensive Child Act and the development of a national action plan on the protection of children; ensure full implementation of the national multi-year action plan on Security Council resolution 1325 (2000) on women, peace and security; remain committed to ensuring the meaningful participation of women in political decision-making; ensure that civilian casualties from armed conflict are reduced to a minimum level; continue its full support for the Afghanistan Independent Human Rights Commission and ensure the implementation of the office of the Ombudsperson within the Commission; establish an adequate information-sharing system on threats to media outlets, civil society organizations, journalists and human rights defenders at the provincial level; continue to foster genuine participation and meaningful involvement of civil society and human rights defenders in the promotion and protection of human rights.

At the international level, Afghanistan made commitments to: cooperate with the Council; establish new standards of cooperation with all parts of the human rights monitoring mechanisms of the UN system, including the OHCHR, the special procedures, the complaint procedure of the Council and the treaty bodies; continue to engage and participate in the UPR and implement the recommendations received during the second cycle; support initiatives to strengthen the capacity of the Council to promote the rights of the most vulnerable groups, with special emphasis on children, women, persons with disabilities, internally displaced persons, returnees and refugees; increase its activities aimed at sharing its experience in carrying out renowned programmes in various areas, such as counter-terrorism, women’s rights, freedom of expression and others, that serve the goal of effective implementation of human rights; continue to support the meaningful engagement of civil society and non-governmental organizations with the Council; support efforts aimed at ensuring an efficient international response to newly emerging human rights challenges.

An analysis of steps taken by Afghanistan in fulfilment of its international pledges shows that although it has participated in the Council’s panel discussions, interactive dialogues, and general debates; its participation remains below the average member participation.

Regarding cooperation with the Special Procedures, Afghanistan has facilitated most visits (17/22) but has only responded to 10% of the communications received. Concerning cooperation with Treaty Bodies, Afghanistan has only submitted its reports under three of the seven conventions of which it is a party, and has four periodic reports overdue. Afghanistan did not participated at the UPR at a high political level and has participated in under a quarter of all reviews of other states during the first and second cycles.