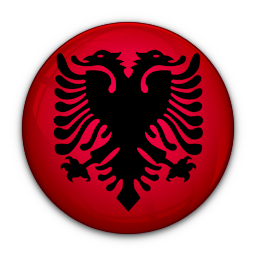 Contribution of the Human Rights Council to the special session of the General Assembly on the world drug problem of 2016; Extreme poverty and human rights; Human rights and preventing and countering violent extremism; Situation of human rights in South Sudan.

Average of statements for all countries: 46
109

Average of statements for all countries: 109
29

Longest visit request not (yet) accepted by the State >
SR on slavery, 2015

Albania tabled ‘voluntary pledges and commitments’ in support for its candidacy for membership for the period 2015-2017 on 19 March 2014. The document presents Albania’s international level and national level commitments and pledges for its membership term.

At national level, Albania committed to: legislative reform to ensure compliance with international instruments; promote dialogue between the Government and civil society; improving integration of human rights in decision-making process and policy implementation; reform of the judiciary; combat violence against women and girls; and promote and protect the rights of women and vulnerable groups.

Internationally, Albania pledged to: cooperate with the Council during the second cycle of the UPR; work with Special Procedures mandate-holders in implementing their recommendations and disseminating them; combat intolerance and discrimination; strengthen the UN human rights system infrastructure; promote gender equality and the rights of vulnerable groups; and work towards a human rights perspective in the post-2015 development agenda.

An analysis of steps taken by Albania in fulfillment of its international pledges shows that its participation at the Council is minimal, having engaged in only 13% of panel discussions, 14% of interactive dialogues and 24% of general debates. Nor did Albania engage fully with the UPR. Albania did, however, cooperate with Special Procedures, accepting most visit requests.