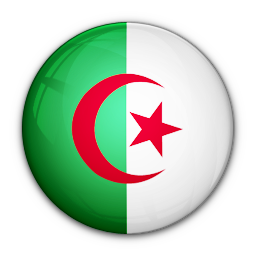 The need for an integrated approach to the implementation of the 2030 Agenda for Sustainable Development for the full realisation of human rights, focusing holistically on the means of implementation.

Since it first became a member of the Council in 2006, Algeria has (in the absence of consensus) either voted against or abstained during voting on every resolution tabled under item 4 (situations that require the Council’s attention), and country-specific resolutions under item 2. Notwithstanding, in June 2015 Algeria joined consensus on an item 2 resolution on the human rights situation of Rohingya Muslims and other minorities in Myanmar. For item 7 resolutions (human rights in the Occupied Palestinian Territories), Algeria has consistently voted in favour of all texts. On item 10 resolutions (capacity-building), Algeria has joined consensus on all resolutions except for three that were voted on during the period of its membership: on cooperation with Ukraine (all three times Algeria abstained).   For thematic resolutions dealing with civil and political rights, Algeria has generally joined consensus. Where there has been a vote, Algeria has nearly always voted in favour. The five exceptions are: a 2014 vote on sexual orientation (Algeria voted against); a 2014 vote on peaceful protests (abstention); a 2015 vote on human rights, democracy and rule of law (abstention); a 2016 vote on human rights and transitional justice (abstention); and a 2016 vote on protection against violence and discrimination based on sexual orientation and gender identity (Algeria voted against).   For thematic resolutions dealing with economic, social and cultural rights, Algeria has either joined consensus on, or has voted in favour, of all adopted texts.
View full voting record

Average of statements for all countries: 46
108

Average of statements for all countries: 109
95

Longest visit request not (yet) accepted by the State >
WG on disappearances, 2000

Algeria tabled contributions and commitments in support of its candidacy for membership for the period 2014-2016 on 2 July 2013. Algeria made a number of concrete pledges and commitments at both international and national levels.

At international level, Algeria pledged to: strengthen the effectiveness of international cooperation on counterterrorism; encourage constructive dialogue within the UPR Working Group; provide funding, in collaboration with OHCHR, to develop workshops in LDCs; strengthen cooperation with Special Procedures and extend a Standing Invitation; and regularly submit periodic reports under the treaties.

Domestically, it committed to: withdraw its reservation to article 15(4) of the CEDAW; promote the role of civil society organisations when preparing periodic reports; and establish a national mechanism to promote the CRC and the CRPD.

An analysis of steps taken by Algeria in fulfilment of its international level pledges shows that, regarding Special Procedures cooperation, even though Algeria has not extended a Standing Invitation, it has completed or accepted more than half of all visit requests and has extended five invitations to Special Procedures mandate-holders. Algeria responded to almost 90% of the communications received.

Turning to the human rights treaties, with respect to the instruments to which Algeria is Party, it is yet to submit its periodic reports under five of these instruments. In terms of UPR engagement, Algeria actively participated in other States’ reviews, speaking during 179 and 186 Working Group dialogues over the course of the first cycle and second cycles, and 131 during the third cycle. Algeria made yearly voluntary contributions to OHCHR between 2014 and 2020. Algeria has yet to withdraw its reservation to article 15(4) of CEDAW.