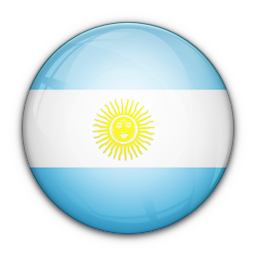 Cultural rights and the protection of cultural heritage; Human rights and transitional justice; Protection against violence and discrimination based on sexual orientation and gender identity; Addressing the impact of multiple and intersecting forms of discrimination and violence in the context of racism, racial discrimination, xenophobia and related intolerance on the full enjoyment of all human rights by women and girls; The incompatibility between democracy and racism; Enforced or involuntary disappearances; Special Rapporteur on the promotion of truth, justice, reparation and guarantees of non-recurrence; Right to the truth; Contribution of parliaments to the work of the Human Rights Council and its universal periodic review; Business and human rights: Mandate of the Working Group on the issue of human rights and transnational corporations and other business enterprises; The negative impact of corruption on the enjoyment of human rights; Effects of foreign debt and other related international financial obligations of States on the full enjoyment of all human rights, particularly economic, social and cultural rights: the activities of vulture funds; Forensic genetics and human rights; Strengthening efforts to prevent and eliminate child, early and forced marriage; and protecting the human rights of women and girls in conflict and post-conflict situations on the occasion of the twentieth anniversary of Security Council resolution 1325 (2000); Trafficking in persons, especially women and children: strengthening human rights through enhanced protection, support and empowerment of victims of trafficking, especially women and children; The human rights of older persons; Situation of human rights in the Bolivarian Republic of Venezuela; Promotion and protection of human rights in Nicaragua.

Average of statements for all countries: 98
3

Average of statements for all countries: 109
41

Average of statements for all countries: 61
60

Longest visit request not (yet) accepted by the State >
SR on water and sanitation, 2009

Argentina presented voluntary pledges and commitments in support of its candidature for membership for the period 2019-2021 on 19 September 2018.

At the international level, Argentina committed, inter alia, to: strengthen engagement with specialised agencies to help empower women and end violence against them; promote multilateralism as an efficient tool for defending human rights; further engage with and support civil society organisations; strengthen the Council’s capacity to address grave human rights violations; further support and engage with the Special Procedures, OHCHR and the UPR; promote the issues of anti-discrimination and violence against women via the UPR mechanism; and work for the universal ratification and implementation of the CED.

At regional level, Argentina pledged, inter alia, to: foster dialogue and cooperation to develop a coherent regional approach to the Council; work with the OAS Working Groups on the rights of older persons and persons with disabilities; and promote the adoption of national action plans to further the implementation of Security Council resolution 1325/2000 on women, peace and security.

At national level, Argentina made commitments, inter alia, to: mainstream a gender perspective across all national policies; cooperate with UN Women Argentina; engage with civil society organisations in the promotion of human rights policies, and adopt a gender perspective in the follow-up process of the UPR.

An analysis of steps taken by Argentina in fulfilment of its international level pledges shows that Argentina has
facilitated the completion of most Special Procedures visits and has a high response rate for communications.

Argentina engages strongly with its own UPR (e.g., it has submitted mid-term reports on implementation),
and the UPR reviews of other States (it participated in 120 reviews during the first cycle and 189 during the
second cycle).

Argentina has, indeed, promoted anti-discrimination and violence against women via the UPR mechanism, presenting over 170 recommendations on this topic to States under review. Argentina has cooperated with and supported the work of OHCHR, inter alia, through voluntary financial contributions and by hosting a human rights adviser.