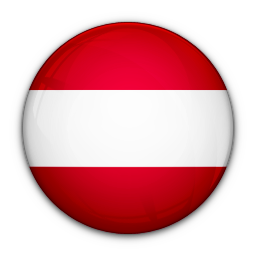 Since it first became a member of the Council in 2011, Austria has either voted in favour of or has joined consensus on every resolution tabled under item 4 (situations that require the Council’s attention), and country-specific resolutions under item 2. For item 7 resolutions (human rights in the Occupied Palestinian Territories), Austria generally votes in favour (with some exceptions - such as some resolutions on the ‘occupied Syrian Golan’ and one on the UN fact-finding mission report on the Gaza Conflict – where it abstained). On item 10 resolutions (capacity-building), Austria has joined consensus on all resolutions except for one that was voted on (during the period of its membership): on cooperation with Ukraine (with Austria voting in favour). For thematic resolutions dealing with civil and political rights, where a vote is called Austria tends to either abstain (e.g. on the Russian Federation’s resolution on the integrity of the judicial system, Pakistan’s resolution on the use of drones, and various African Group resolutions on racism), or vote in favour (e.g. resolutions on the death penalty, on gender orientation, on democracy and rule of law, and on peaceful protests). The only civil and political rights resolutions it has voted against are two Cuban resolutions on the right to peace (in 2013 and 2014). For thematic resolutions dealing with economic, social and cultural rights, Austria has joined consensus on a majority of texts. Where there have been votes on such texts, Austria has tended to vote in favour of (NAM) resolutions on the right to development, and against texts on: the effects of foreign debt (Cuba); international solidarity (Cuba); and unilateral coercive measures (NAM). Texts Austria has abstained on include: non-repatriation of funds of illicit origin; access to medicine; and (once) the effects of foreign debt.
View full voting record

Average of statements for all countries: 109
53

Average of statements for all countries: 61
10

In the document, Austria pledged, inter alia, to:

At the international level: Contribute to the full implementation of the Council’s mandate, and support efforts to further strengthen the body; Continue to support and engage with OHCHR; Maintain its Standing Invitation, and continue to fully support and cooperate with the Special Procedures and Treaty Bodies; Implement UPR recommendations received during its last review, and present a mid-term report on implementation; Build bridges between the UN human rights mechanisms and other international organisations; Promote cross-regional cooperation; Maintain its cooperation with and support for, civil society; and oppose reprisals against human rights defenders; Continue to support initiatives on: the rights of minorities; freedom of speech and the safety of journalists; human rights of internally displaced persons; human rights in the administration of justice; and the abolition of the death penalty; Work to strengthen the rights of women, children, and persons with disabilities; promote the rule of law and human rights education; and lead the fight against human trafficking, racism and discrimination; Continue to integrate a human rights-based approach into development cooperation; Intensify efforts to promote intercultural dialogue and freedom of religion.

At the national level: Improve the framework conditions created for the integration of refugees and migrants; Expand the legal protection of children; Adapt and expand measures to prevent and combat corruption; Further strengthen the role of the Constitutional.

An analysis of steps taken by Austria in fulfilment of its pledges at the international level shows that it made a voluntary contribution to the OHCHR. Austria has a strong record of engagement with the Council and its mechanisms. It maintains a Standing Invitation to Special Procedures, has facilitated 100% of visit requests, and has responded to most of the received communications. Austria has participated in around 70% of panel discussions, sent a ministerial-level delegation to participate in the UPR, and produced a mid-term report on implementation. It has ratified all eight core human rights treaties.

Austria, has, as pledged, continued to support the initiatives on the rights of minorities; freedom of speech and the safety of journalists; human rights of internally displaced persons; human rights in the administration of justice; and the abolition of the death penalty; and the rights of women, children, and persons with disabilities.