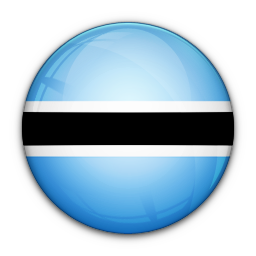 Mission by the Office of the United Nations High Commissioner for Human Rights to improve the human rights situation and accountability in Burundi; Mandate of the Special Rapporteur on the independence of judges and lawyers; Independence and impartiality of the judiciary and lawyers;Equal participation in political and public affairs; Preventable mortality and morbidity of children under 5 years of age as a human rights concern; Equal participation in political and public affairs; The right to a nationality: Women’s Equal Nationality Rights in Law and in Practice; High-level panel discussion to commemorate the twentieth anniversary of the adoption of the Vienna Declaration and Programme of Action.

Longest visit request not (yet) accepted by the State >
SR on racism, 2012

At the domestic level, Botswana pledged to: create an ‘umbrella’ NHRI; promote dialogue with civil society; promote gender mainstreaming through the national gender action plan; and advance the empowerment of women.

An analysis of steps taken by Botswana in fulfilment of its international level commitments shows that it has facilitated half of the requests by Special Procedures to visit the country, and has responded to the only Special Procedures communication received. Regarding Treaty Bodies, it has ratified 5 of the core conventions, but is yet to submit a periodic report on time. Botswana participated in its own UPR at ministerial level, but rarely contributes to the UPR reviews of other countries (based on first cycle data).