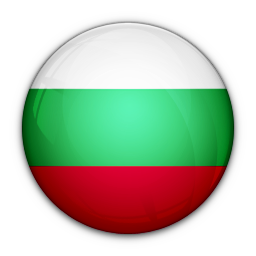 Contribution of respect for all human rights and fundamental freedoms to achieving the purposes and upholding the principles of the Charter of the United Nations; Moratorium on the use of the death penalty.

In 2019, when a vote was called on country-specific item 2 texts (reports of the High Commissioner), Bulgaria tended to vote in favour; the only exceptions were an abstention during voting on the text on Venezuela and a vote against the resolution on the OPT. Concerning item 4 (human rights situations that require the Council’s attention) resolutions, Bulgaria either joined consensus or voted in favour of all texts. During voting on item 7 resolutions (OPT), when a vote was called its first membership term, Bulgaria voted against the text on human rights in the occupied Syrian Golan, abstained during the voting on the resolution on Israeli settlements, and voted in favour of the texts on the right of Palestinian people to self-determination and the human rights situation in the OPT. For item 10 resolutions (capacity-building), Bulgaria joined consensus on all texts and, when a vote was called, voted in favour. For thematic resolutions, Bulgaria usually voted against. Notable exceptions include the votes in favour of the text on the death penalty and the resolution on the mandate of the Independent Expert on protection against violence and discrimination based on sexual orientation and gender identity; and an abstention during voting on the text on the negative impact of the non-repatriation of funds of illicit origin.
View full voting record

Average of statements for all countries: 109
31

Longest visit request not (yet) accepted by the State >
SR on food, 2015

Bulgaria presented voluntary pledges and commitments in support of its candidature for membership for the period 2019-2021 on 6 June 2018.

At the national level: Intensify cooperation with developing countries, including through projects aimed at building democratic institutions and protecting
human rights; Continue to report regularly to the Treaty Bodies, implement their recommendations, and cooperate with their individual complaints mechanisms. Further implement its international human rights obligations; Submit a UPR mid-term report by the end of 2018; Further cooperate with all Special Procedures. Strengthen its collaboration with OHCHR and the regional human rights bodies; Work on the following priority areas: inter-ministerial and public dialogue to further promote and protect human rights in Bulgaria; rights of the child; gender equality; rights of persons with disabilities and other vulnerable groups; ethnic and religious tolerance; freedoms of speech, expression, religion and belief; rights of migrants and refugees; and rule of law, democracy and good governance; Continue to support a rights-based approach to the 2030 Agenda; Spread awareness on the need to strengthen NHRIs and national human rights frameworks.

At the international level: Further support the work of OHCHR and the UN human rights mechanisms, including the Special Procedures; Support initiatives aimed at strengthening the efficiency of the Council, improving its working methods, and promoting universal participation; Support efforts aimed at strengthening the independence, accountability, efficiency, and effectiveness of the Treaty Bodies and the Special Procedures; Support the further strengthening of the UPR; Support efforts to bring grave country-specific situations to the attention of the UN, and ensure that these addressed properly, including by demanding accountability and by ending impunity; Help strengthen the CRPD; Work on, encourage and support initiatives in the following thematic areas: civil society participation; human rights defenders; rights of the child, particularly inclusive education and early childhood development; gender equality and the empowerment of women and girls; elimination of all forms of discrimination and violence; and human trafficking.

An analysis of the steps taken by Bulgaria to fulfil its international pledges, shows that it did a voluntary contribution to the OHCHR. It extended a standing invitation to the Special Procedures, and has facilitated most visit requests. Bulgaria responded to 75% of communications.

Regarding cooperation with the Treaty Bodies, Bulgaria has ratified seven core conventions (it is yet to ratify the CED) and has submitted or is on schedule to submit most of its periodic reports.

Bulgaria has supported all the initiatives it pledged to work on.