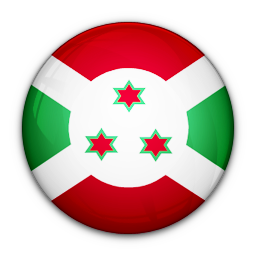 Since it first became a member of the Council in 2016, Burundi has, in the absence of consensus voted against all resolutions tabled under item 4 (situations that require the Council’s attention), with the exception of the resolutions on the situation in the Syrian Arab Republic. Burundi abstained twice (HRC31, HRC32).  For item 7 resolutions (human rights in the Occupied Palestinian Territories), Burundi has always voted in favour. On item 10 resolutions (capacity-building) Burundi has joined consensus on all resolutions except three that were voted on during the period of its membership: on cooperation and assistance to Ukraine (with Burundi twice voting against), and on cooperation with Georgia (with Burundi voting against). For thematic resolutions dealing with civil and political rights, Burundi has generally joined consensus. When there has been a vote, Burundi has usually voted in favour of such texts. Notwithstanding, Burundi voted against resolutions on: protecting human rights defenders (Norway); peaceful protests (Switzerland); sexual orientation and gender identity (Argentina, Uruguay); and protection of human rights while countering terrorism (Mexico). It has also abstained on resolutions dealing with: civil society space (Chile, Ireland); and transitional justice (Switzerland, Argentina). For thematic resolutions focusing on economic, social and cultural rights, Burundi has either joined consensus on, or has voted in favour of, all adopted texts.
View full voting record

Longest visit request not (yet) accepted by the State >
SR on minority issues, 2009

Cited in the Secretary General’s reports on 'alleged reprisals for cooperation with the United Nations, its representatives and mechanisms in the field of human rights' (2010-2022)?
YES
Response to allegations from government concerned?
YES

Burundi’s voluntary pledges and commitments, in support of its candidature for membership of the Council for the period 2016-2018, are unavailable.