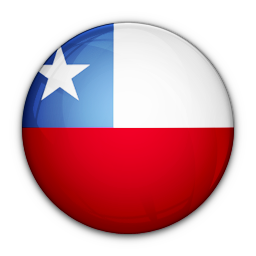 Average of statements for all countries: 73
1

Average of statements for all countries: 36
5

Average of statements for all countries: 86
43

Longest visit request not (yet) accepted by the State >
SR on environment, 2016

Chile has presented voluntary pledges and commitments in support of its candidature for membership for the period 2018-2020 on 22 February 2017.

Key pledges include: Support an operational and effective multilateral system that recognises the close interrelationship between peace and security, sustainable development, and human rights; Support and safeguard the participation of civil society and the input of human rights defenders; Encourage a conciliatory approach at the Council, emphasising the need for progressive development of international human rights law; Continue to cooperate with the Council’s mechanisms; Support the strengthening of the Council and its mechanisms, including by supporting its prevention and protection work, by streamlining its agenda, and by drawing attention to the underfunding of the UN’s human rights pillar; Formulate and adopt a four-year national human rights plan, including goals and targets, and put in place a national mechanism for implementation, measurement, and follow-up; Consider the creation of a ministry of indigenous peoples and a national council of indigenous peoples; Consider the creation of an office of the ombudsperson for children’s rights; Establish a national mechanism for the prevention of torture in compliance with OP-CAT; and consider draft legislation criminalising enforced disappearance, in compliance with ICED.

An analysis of steps taken by Chile in fulfilment of its international level pledges shows that it maintains a standing invitation, and has facilitated around 60% of the visit requests; it has, however, responded to most of communications received. Chile has also engaged strongly with the UPR, participating at high-political level and submitting mid-term reports. Concerning cooperation with the Treaty Bodies, Chile has ratified all 8 core conventions, and has submitted its periodic reports under all of them. Chile has supported (i.e., voted in favour or joined consensus) all resolutions on the Council’s prevention mandate.