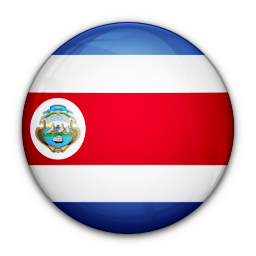 Average of statements for all countries: 98
5

Average of statements for all countries: 109
44

Average of statements for all countries: 61
46

Longest visit request not (yet) accepted by the State >
SR on toxic waste, 2008

Costa Rica tabled its commitments and voluntary pledges in support of its candidacy for membership for the period 2011-2014 on 11 April 2011.

Domestically, Costa Rica pledged to: promote vigorous public policies regarding gender equality and the participatory rights of vulnerable groups; establish an inter-institutional committee on human rights to work on national reports to Treaty Bodies and the UPR mechanism; and to follow-up on accepted UPR recommendations.

At international level, Costa Rica committed to: continue the process of signing and ratifying the OP-ICESCR; achieve legislative approval of the CPED; promote initiatives on important topics, including education and environmental conservation; stand against no-action motions on draft resolutions; participate in different areas of work of the Council; promote the independence of and cooperate with Special Procedures; and contribute financial resources to the promotion of human rights.

An analysis of steps taken by Costa Rica in fulfilment of its pledges made at international level shows that it continues to make voluntary contributions to OHCHR, donating approximately US$10,000 in 2015 and US$8,800 in 2014. Regarding cooperation with Special Procedures, Costa Rica maintains a Standing Invitation and accepted and facilitated all the visit requests it received (6). It also responded to all 6 communications. In 2012, Costa Rica ratified the CPED and in 2014 the OP-ICESCR. For the international instruments to which Costa Rica is Party, it has 1 overdue periodic report (CPED), submitted 4 late (ICCPR, ICESCR, CEDAW & CERD), and is on schedule for reporting on three (CAT, CRC, CRPD). Regarding participation at the Council, Costa Rica has participated in around a quarter of all panel discussions, interactive dialogues and general debates.