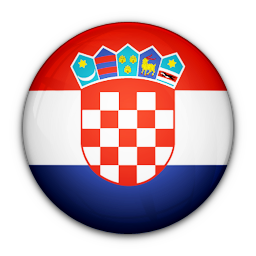 Moratorium on the use of the death penalty; Conscientious objection to military service.

Average of statements for all countries: 109
35

Average of statements for all countries: 61
6

Longest visit request not (yet) accepted by the State >
SR on the right to truth, 2019

Croatia presented voluntary pledges and commitments in support of its candidature for membership for the period 2017-2019.

Croatia pledged, inter alia, to: Implement UN obligations and commitments, and harmonise national laws with international standards; Maintain a standing invitation to Special Procedures and closely cooperate with thematic mandates; Implement UPR and Special Procedures recommendations; Engage domestic NGOs and the NHRI in the UPR process, including in the implementation of recommendations; Ratify CRC-OP-IC (communications procedure) and CED; Fulfil reporting obligations under the human rights treaties, and implement recommendations; Cooperate with other UN members of the implementation of Council resolution 16/18 and its resolutions on freedom of religion; Share domestic experience with addressing hate crime; Support UN work on women’s rights and violence against women; Engage in the implementation of the Security Council’s women, peace and security agenda; Continue to table resolutions on conscientious objection to military service; Advocate in favour of civil society space both domestically and at the UN; Strengthen prevention at the Council by supporting the development of an early warning mechanism, reducing selectivity, and ensuring a more timely and effective response; Help strengthen the Council’s delivery of capacity- building and technical support; and Continue close cooperation with OHCHR.

Croatia did not make a voluntary contribution to the OHCHR. It has participated in only around 20% of all panel discussions and debates, although it has been a member of the consultative group and the working group on situations. It has a strong record of cooperation with the Special Procedures. Turning to cooperation with the Treaty Bodies, Croatia has ratified seven core conventions, but has not submitted its periodic reports under three of these. Although it ratified the CRC-OP-IC, it is yet to ratify the CED.