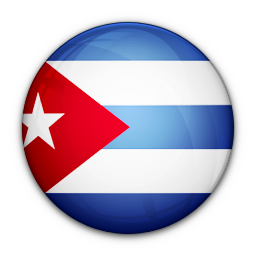 Since it first became a member of the Council in 2006, Cuba has voted (in the absence of consensus) against every resolution tabled under item 4 (situations that require the Council’s attention) and most country-specific texts under item 2; exceptions include: Cuba’s votes in favour of the item 2 resolutions on Venezuela (2019), the OPT (2019) and Burundi (2017) and the resolutions on the situation of human rights in Myanmar (did not vote twice and joined consensus once). For item 7 resolutions (human rights in the Occupied Palestinian Territories), Cuba has consistently voted in favour of all texts. On item 10 resolutions (capacity-building), in the absence of consensus, Cuba voted against all texts except two on the Democratic Republic of the Congo (2009, 2017 - voted in favour). For thematic resolutions dealing with civil and political rights, Cuba has generally joined consensus. Where there has been a vote, Cuba has nearly always voted in favour. The exceptions include Cuba’s abstentions during the voting on the following resolutions: civil society space (2018), death penalty (2017), transitional justice (2016), violent extremism (2015), democracy, (2012, 2015) and defamation of religion (2009); as well as the votes against the resolutions on good governance (2008), civil society space (2016) and peaceful protests (2014, 2016). For thematic resolutions dealing with economic, social and cultural rights, Cuba has either joined consensus on, or has voted in favour of, all adopted texts.
View full voting record

Average of statements for all countries: 46
23

Average of statements for all countries: 109
93

Average of statements for all countries: 61
5

Longest visit request not (yet) accepted by the State >
SR on freedom of religion, 2006

Cuba presented voluntary pledges and commitments in support of its candidature for membership for the period 2017-2019 on 11 March 2016.

Key pledges include: Continue to submit and defend its periodic reports before the Treaty Bodies; continue to work to comply with its international human rights obligations; continue to cooperate with all thematic Special Procedures established by the Council; promote cooperation and constructive dialogue at the Council; continue to promote thematic initiatives including: right to food; promotion of cultural rights; and the promotion of peace; and continue to work on the progressive development of third generation rights, in particular with regard to international solidarity.

An analysis of steps taken by Cuba in fulfilment of its international level pledges shows that Cuba participated in around 50% of panel discussions, interactive dialogues and general debates. Regarding cooperation with the Council’s mechanisms, Cuba does not maintain a Standing Invitation but has, however, accepted 60% of visit requests. It has responded to 89% of the communications received. Cuba has also engaged strongly with the UPR. For example, Cuba participated in the UPR reviews of 125 States over the course of the first cycle and 172 during the second cycle. Cuba continued to led on, or support, all the thematic initiatives mentioned in its 2016 pledges.