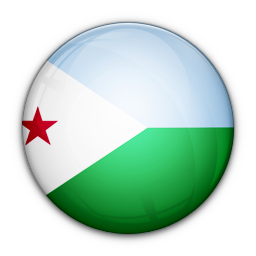 Situation of human rights in Eritrea; Promoting the Voluntary Technical Assistance Trust Fund to Support the participation of Least Developed Countries and Small Island Developing States in the work of the Human Rights Council; Assistance to Somalia in the field of human rights.

Average of statements for all countries: 42
321

Average of statements for all countries: 50
107

Average of statements for all countries: 109
65

Djibouti tabled its voluntary pledges and commitments in support for its candidacy for membership (2009-2012) on 12 March 2009.

At domestic level, Djibouti committed to: ‘continue to place human rights at the heart of its national concerns.’

Internationally, it pledged to: ratify the CRPD and the CPED; strengthen its cooperation with UN human rights protection mechanisms, including the Treaty Bodies, by submitting various initial and periodic reports; and strengthen cooperation with the Council’s mechanisms (i.e. Special Procedures and UPR).

An analysis of steps taken by Djibouti in fulfilment of its international pledges shows that Djibouti did ratify the CRPD (in 2012) but not the CPED. In terms of cooperation with Special Procedures, Djibouti accepted all visit requests and responded to most communications received. Most of Djibouti’s periodic treaty reports are overdue.