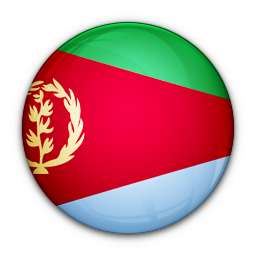 Eritrea has not been principal sponsor of any Council resolution.

During its first membership term, with regard to country-specific resolutions tabled under agenda item 2 (report of the High Commissioner), when a vote was called in 2019, Eritrea voted against the resolutions on Eritrea, Nicaragua, the Philippines and Yemen and in favour of resolutions on the situations in Venezuela, Myanmar and the Occupied Palestinian Territories (OPT). Concerning resolutions tabled under item 4 (human rights situations that require the Council’s attention), in the absence of consensus, Eritrea consistently voted against. Eritrea voted in favour of all item 7 resolutions (OPT) on which a vote was called. For thematic resolutions dealing with economic, social and cultural rights, or civil and political rights, Eritrea either joined consensus on, or voted in favour of, nearly all adopted texts. The only exceptions were the text on the mandate of the Independent Expert on protection against violence and discrimination based on sexual orientation and gender identity (voted against) and the resolution on the death penalty (abstained).
View full voting record

Longest visit request not (yet) accepted by the State >
WG on arbitrary detention, 2018

Eritrea tabled its pledges and commitments in support for its candidacy for membership (2019-2021) on 31 August 2018.

Internationally, Eritrea pledged, inter alia, to: fulfil its international human rights reporting obligations; continue to engage with OHCHR; ratify the CRPD and the Protocol against the Smuggling of Migrants by Land, Sea and Air; advocate for the protection of the rights of migrants; facilitate Special Procedures’ visits; cooperate with the UPR; advocate meaningful participation by Least Developed Countries (LDCs) in the UPR and Treaty Bodies; work towards a more effective and credible Council, and conduct inclusive, cross-regional and transparent dialogue; encourage and support civil society engagement with the Council and its mechanisms; and advocate and work to enhance the capacity of OHCHR to provide technical support to UN member States.

At national level, Eritrea committed, inter alia, to: increase the effectiveness and efficiency of the national coordination body for the UPR; ensure the supremacy of, and respect for, the law; increase the accessibility, efficiency, transparency and accountability of the judicial system; protect and promote the rights of women, and persons with disabilities; and mainstream regional and international human rights instruments to which Eritrea is party into its national programmes and
institutions.

An analysis of steps taken by Eritrea in fulfilment of its international pledges shows that it is yet to ratify the CRPD; and, regarding cooperation with Treaty Bodies, has not submitted its periodic reports under the CAT, CERD or ICESCR. Eritrea has not extended a standing invitation to Special Procedures and has not facilitated most visit requests. Eritrea has only answered around 40% of the communications it has received from Special Procedures mandate holders. Regarding the rights of migrants, Eritrea is yet to sign and ratify the CMW and the Protocol against the Smuggling of Migrants by Land, Sea and Air, supplementing the UN Convention against Transnational Organised Crime.

Eritrea was cited in the 2019 Secretary-General’s report on cooperation with the UN, its representatives and mechanisms in the field of human rights, concerning the risk of reprisals against those cooperating with the Commission of Inquiry on human rights in Eritrea, and the Special Rapporteur on the human rights situation in Eritrea.