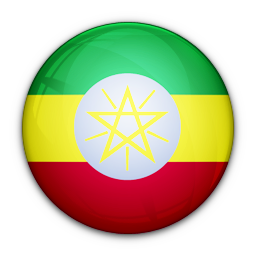 Cultural rights and the protection of cultural heritage; Elimination of discrimination against persons affected by leprosy and their family members; Strengthening efforts to prevent and eliminate child, early and forced marriage; The negative impact of corruption on the enjoyment of human rights; Assistance to Somalia in the field of human rights; High-level panel discussion on the occasion of the tenth anniversary of the Voluntary Technical Assistance Trust Fund to Support the Participation of Least Developed Countries and Small Island Developing States in the Work of the Human Rights Council.

Since it first became a member of the Council in 2013, Ethiopia has (in the absence of consensus) almost always abstained on resolutions tabled under item 4 (situations that require the Council’s attention), as well as on country-specific resolutions under item 2 (e.g. the situation in Sri Lanka). The only exception was a 2013 resolution on the situation in the Syrian Arab Republic, when Ethiopia voted in favour. For item 7 resolutions (human rights in the Occupied Palestinian Territories), Ethiopia usually votes in favour, though on two occasions it abstained. For thematic resolutions dealing with civil and political rights, Ethiopia has generally joined consensus. Where there has been a vote, it has tended to vote in favour. Ethiopia voted against resolutions in 2013 and 2014 on the question of the death penalty, and against a 2014 resolution on sexual orientation. It has abstained on resolutions dealing with: peaceful protests; human rights, democracy and rule of law; and drones. For thematic resolutions dealing with economic, social and cultural rights, Ethiopia has either joined consensus on, or has voted in favour of, all adopted texts.
View full voting record

Average of statements for all countries: 109
69

Ethiopia circulated a note verbale informing UN member states of its candidature for membership of the Council for the period 2016-2018 in March 2015. The note verbale was not accompanied by voluntary pledges and commitments.

Ethiopia tabled voluntary pledges and commitments in support for its candidacy for membership for the period 2013-2015 on 18 October 2012.

Where Ethiopia does offer concrete pledges, they tend to be ‘specific, measurable and verifiable.’ For example, the country pledges to: expedite ratification of two Optional Protocols to the CRC, and the CRMW; report to the Council on the implementation of UPR recommendations; incorporate UN and regional human rights recommendations into its national human rights action plan; cooperate with OHCHR; submit proposals and organize side events at the Council; and engage with NGOs in the preparation of national reports. On Treaty Body reporting, Ethiopia does not commit to improving its performance, rather it promises to continue its efforts.

An analysis of steps taken by Ethiopia in fulfilment of its international level pledges shows that it has ratified both Optional Protocols to the CRC. But it has not yet taken action to become Party to the CRMW. Nor has Ethiopia reported to the Council (i.e. a mid-term report) on the implementation of UPR recommendations.