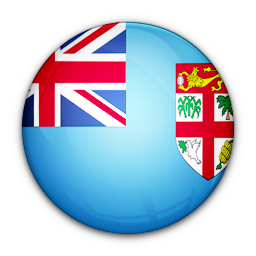 ontribution of respect for all human rights and fundamental freedoms to achieving the purposes and upholding the principles of the Charter of the United Nations; Promotion and protection of human rights and the implementation of the 2030 Agenda for Sustainable Development, Cooperation with the United Nations, its representatives and mechanisms in the field of human rights, Elimination of discrimination against persons affected by leprosy and their family members; Promoting, protecting and fulfilling women’s and girls’ full enjoyment of human rights in humanitarian situations; Freedom of opinion and expression.

Average of statements for all countries: 98
3

Average of statements for all countries: 109
88

Longest visit request not (yet) accepted by the State >
SR on freedom of assembly, 2011

Fiji presented commitments and pledges in support of its candidature for membership for the period 2019-2021 in July 2018. Fiji pledges, inter alia, to:

Further strengthen its engagement and cooperation with the Council and its mechanisms, including the Treaty Bodies and Special Procedures; Ratify the international human rights conventions to which it is not yet Party; Work to increase the participation of SIDS and LDCs in the work of the Council, including, inter alia, by supporting the SIDS and LDC Trust Fund; Further develop its NMIRF to make it a world- leading institution; Strongly support the following Council initiatives: climate change; environment; migration; internally displaced persons; women’s rights, sexual and reproductive rights, and violence against women; independence of judges and lawyers; and torture prevention; Continue to build bridges between the human rights and climate change communities, to better inform the implementation of the Paris Agreement; Champion the global recognition of the universal right to a safe and healthy environment; Emphasise the importance of prevention in addressing human rights violations; and Guide reform of the Council’s work under item 10 of its agenda.

An analysis of Fiji’s fulfilment of its pledges and commitments, shows that although Fiji has a Standing Invitation, only 29% of all Special Procedures’ visit requests received by the Sate have resulted in an actual mission. Fiji has not responded to the only Special Procedures communication received. Fiji is yet to sign the CED and CMW – the two conventions it pledged to ratify. Regarding those treaties to which it is Party, Fiji is yet to submit two of its periodic reports (CAT and CERD).

Fiji’s NHRI accreditation status was suspended by the GANHRI.