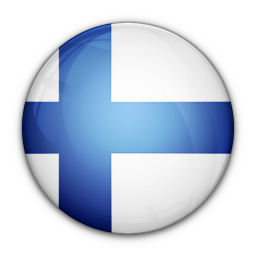 Adequate housing as a component of the right to an adequate standard of living; Open-ended Working Group on an optional protocol to the Convention on the Rights of the Child to provide a communications procedure; Strengthening efforts to prevent and eliminate child, early and forced marriage: challenges, achievements, best practices and implementation gaps; Promoting and protecting the human rights of women and girls in conflict and post-conflict situations on the occasion of the twentieth anniversary of Security Council resolution 1325 (2000); The right to social security.

Average of statements for all countries: 98
96

Average of statements for all countries: 109
56

Average of statements for all countries: 61
41

Longest visit request not (yet) accepted by the State >

Finland tabled its pledges and commitments in support of its candidacy for membership for the 2006-2007 period on 9 May 2006. In the document, Finland pledged, inter alia, to

At international level: ratify the Optional Protocol to the CRC on the sale of children, child prostitution,
and child pornography; and fully cooperate with the Council and its mechanisms, and with the Treaty Bodies.

At domestic level: further intensify efforts to eradicate violence against women, human trafficking, racism, and discrimination; and strengthen the rights of indigenous peoples, particularly the Sami.

An analysis of steps taken by Finland in fulfilment of its international level pledges shows that it did indeed ratify the OP-CRC. Finland has also cooperated with Special Procedures, maintaining a standing invitation and responding to all communications. Similarly, Finland has shown a solid commitment to the UPR process, participating at ministerial level, submitting a mid-term report on implementation, and participating in the reviews of 59 other states during the first cycle and 92 during the second cycle. Finland is party to seven core human rights conventions.