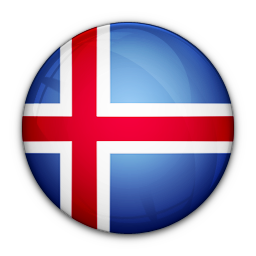 Since it became a member of the Council in June 2019, Iceland has broadly voted along the same lines as other WEOG members.
Iceland has either joined consensus on or voted in favour of all texts tabled under item 4 (situations that require the Council’s attention). This included resolutions on the situations in the Syrian Arab Republic, Iran, Myanmar, Belarus, and Burundi. Concerning the voting on item 7 resolutions (Occupied Palestinian Territories), Iceland voted against the resolution on the Occupied Syrian Golan, but in favour of the other three  item 7 resolutions adopted during HRC41. During 2018, Iceland joined consensus during the voting on all item 7 resolutions.
Turning to thematic resolutions, Iceland abstained on the resolution on the rights of peasants; voted against resolutions on the use of mercenaries and democratic and equitable international order; and voted in favour of the resolution on the right to water and sanitation. The only case in which Iceland’s vote differed from the position of the other WEOG members was its abstention during the vote on the right to development text.
View full voting record

Average of statements for all countries: 98
94

Average of statements for all countries: 109
52

Average of statements for all countries: 61
46

Iceland tabled pledges and commitments in support of its candidacy for membership for the period 2019-2020 (in replacement of the United States) on 2 July 2018. The majority of the document describes Iceland’s existing commitment to human rights and its engagement with the UN human rights system.

Some of the specific pledges include: Promote the realization of all human rights — civil, political, economic, social and cultural rights — on the basis of international human rights law; Work towards a more efficient and effective Human Rights Council with the primary objective of allowing the Council to fulfil its mandate to strengthen the promotion and protection of human rights around the globe and to address situations of human rights violations; Safeguard the effective functioning of the universal periodic review process and support efforts to strengthen national implementation and follow-up to its recommendations; Enhance the engagement between the human rights treaty body system and the Human Rights Council and its mechanisms; Continue engaging with and promoting the work of national human rights institutions, civil society organizations and other stakeholders, including in the work of the Human Rights Council; Support and strengthen the Office of the United Nations High Commissioner for Human Rights as an independent voice for those left voiceless; Promote understanding of the interdependence of development, peace and security, and human rights, including through the full implementation of the 2030 Agenda.