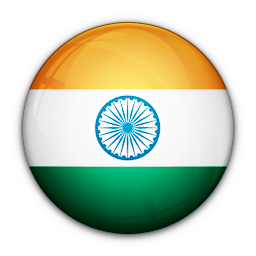 Access to medicines in the context of the right of everyone to the enjoyment of the highest attainable standard of physical and mental health; Human rights and transnational corporations and other business enterprises.

Average of statements for all countries: 50
3

Average of statements for all countries: 109
70

Longest visit request not (yet) accepted by the State >
SR on torture, 1999

India presented voluntary commitments and pledges in support of its candidature for membership for the period 2019-2021 in August 2018. Key pledges include, inter alia:

At the national level, India pledged to: strive for the full realisation of all rights, including the right to development;
Maintain the independence and power of its NHRIs; Continue to foster transparency and accountability across government; Continue to nurture civil society space; Continue to pursue the necessary domestic actions to implement the 2030-Agenda.

At the international level, India committed to: Cooperate to help build other States’ capacity to fulfil their human rights obligations; Strengthen the work of the Council and further engage and cooperate with the body and its mechanisms, as well as with the Treaty Bodies. Continue to support international efforts to combat racism, racial discrimination, xenophobia, and related intolerance; Continue to support OHCHR, including through regular voluntary contributions.
Implement accepted UPR recommendations; Ratify the CAT; Continue to support the achievement of the SDGs.

An analysis of steps taken by India in fulfilment of its international pledges shows although India has a Standing Invitation, only 31% of all visit requests received by the Sate have resulted in an actual mission and the State has responded to only to 28% Special Procedures communications. India is still to ratify the CAT and CED. Regarding those treaties to which it is Party, India tends to report late. India has been making voluntary contributions to OHCHR every year since 2008.