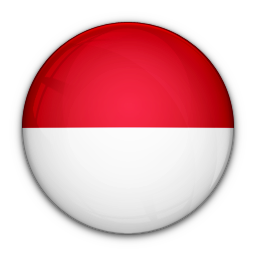 The negative impact of corruption on the enjoyment of human rights; Right to work; Equal participation in political and public affairs; Enhancement of technical cooperation and capacity-building in the field of human rights; Access to medicines in the context of the right of everyone to the enjoyment of the highest attainable standard of physical and mental health; The rights to freedom of peaceful assembly and of association; High-level panel discussion to commemorate the twentieth anniversary of the adoption of the Vienna Declaration and Programme of Action; Regional cooperation for the promotion and protection of human rights in the Asia-Pacific Region; Strengthening documentation within the Human Rights Council.

Average of statements for all countries: 109
89

Longest visit request not (yet) accepted by the State >
SR on freedom of religion, 1999

Indonesia tabled ‘voluntary pledges and commitments’ in support for its candidacy for membership for the period 2015-2017 on 2 July 2014. The document presents Indonesia’s national, regional and international level commitments and pledges for its membership term.

At national level, Indonesia pledged to: continue to implement its national plan of action on human rights; strengthen coordination across government in order to improve implementation; and strengthen engagement with national civil society and NHRIs.

At international-level, Indonesia pledged to: move towards ratifying the human rights treaties to which it is not Party; cooperate with the UN human rights mechanisms; work to ensure that the Council’s work gives equal emphasis to civil and political rights, and economic, social and cultural rights, including the right to development; promote interfaith dialogue and cooperation at international and multilateral levels; promote the mainstreaming of human rights across the work of the UN; and continue and strengthen its meaningful cooperation with OHCHR.

An analysis of steps taken by Indonesia in fulfilment of its international pledges shows that, although it is party to most core conventions (seven), Indonesia has not ratified any international human rights treaty since it became a member of the Council in 2015. Indonesia is yet to submit its periodic reports under five core human rights conventions. Regarding cooperation with Special Procedures, Indonesia does not maintain a standing invitation, has fulfilled less than half of all visit requests, and has responded to around a third of communications. Regarding the UPR, Indonesia was represented at its most recent Working Group review by its Foreign Minister, but did not present a mid-term report on implementation. Indonesia is a main sponsor of initiatives covering both civil and political rights, and economic, social and cultural rights.