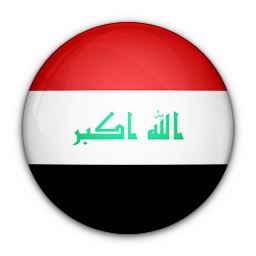 Cultural rights and the protection of cultural heritage; Human rights and preventing and countering violent extremism; The human rights situation in Iraq in the light of abuses committed by the so-called Islamic State in Iraq and the Levant and associated groups; Methods of work of the Consultative Group of the Human Rights Council; Promoting and protecting the human rights of women and girls in conflict and post-conflict situations on the occasion of the twentieth anniversary of Security Council resolution 1325 (2000).

Since it first became a member of the Council in 2017, Iraq has, in absence of consensus, voted against a number of item 4 resolutions (situations that require the Council’s attention) on the situations in the Syrian Arab Republic and the Islamic Republic of Iran; and abstained during the vote on an item 4 resolutions on the situation in Belarus. For item 7 resolutions (human rights in the Occupied Palestinian Territories) Iraq has always voted in favour. Regarding item 10 resolutions (capacity-building), Iraq has always joined consensus or voted in favour, with the exception of the resolutions on cooperation with Georgia and Ukraine (Iraq abstained). For thematic resolutions dealing with civil and political rights, Iraq has generally joined consensus. Where there has been a vote it has voted in favour, namely on Egypt’s resolution on the effect of terrorism on human rights, and Cuba’s resolution on right to peace. For thematic resolutions focusing on economic, social and cultural rights, Iraq has joined consensus on the majority of texts. In absence of consensus, it has voted in favour of such texts, including those dealing with: the effects of foreign debt, unilateral coercive measures, the contribution of development to the enjoyment of all human rights, protection of the family, and international cooperation.
View full voting record

Average of statements for all countries: 46
117

Longest visit request not (yet) accepted by the State >
WG on disappearances, 1995

Iraq’s pledges and commitments are not available.