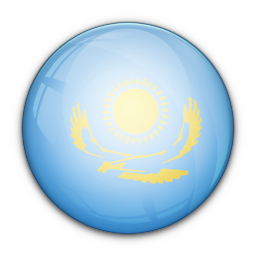 Kazakhstan has not been principal sponsor of any Council resolution.

Average of statements for all countries: 46
105

Average of statements for all countries: 109
11

Longest visit request not (yet) accepted by the State >
SR on extreme poverty, 2017

Kazakhstan tabled voluntary pledges and commitments in support for its candidacy for membership for the period 2013-2015 on 6 June 2012.

Domestically, Kazakhstan committed, inter alia, to: implement UN human rights recommendations
(e.g., from Treaty Bodies and Special Procedures) by integrating them into its national human rights action plan; table a national bill on the establishment of a NPM under the OP-CAT; and continue its efforts towards the gradual abolition of the death penalty.

At international level, Kazakhstan pledged, inter alia, to: participate fully in the UPR process and effectively implement the recommendations received from the Special Procedures.

An analysis of steps taken by Kazakhstan in fulfilment of its pledges shows that in 2014, the UN Committee
against Torture recognised the establishment of an NPM under the OP-CAT, although it also expressed concerns about its operation. Kazakhstan has also taken steps to meaningfully participate in the UPR process by submitting mid-term reports. However, its participation in other countries’ reviews remains rather low (only 20 during the first cycle, and 33 during the second cycle.) Kazakhstan has a strong record of cooperation with Special Procedures. It maintains a standing invitation, has facilitated around 75% of the received visit requests, and has responded to almost all communications.