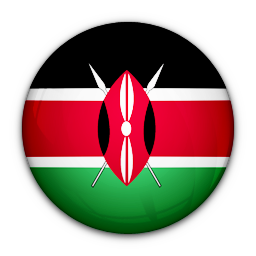 Promoting human rights and Sustainable Development Goals through transparent, accountable and efficient public services delivery; Optional Protocol to the Convention on the Rights of the Child on a communications procedure; Making the 25th anniversary of the Beijing Declaration and Platform for Action.

Since it first became a member of the Council in 2013, Kenya has (in the absence of consensus) almost always abstained on resolutions tabled under item 4 (situations that require the Council’s attention). It did, however, vote in favour of two resolutions on the situation in the Syrian Arab Republic in 2013. Kenya has voted against or abstained on country-specific resolutions tabled under item 2 (i.e. on the situation in Sri Lanka). For item 7 resolutions (human rights in the Occupied Palestinian Territories), Kenya has generally voted in favour, though on four occasions it abstained. On item 10 resolutions (capacity-building), Kenya has joined consensus on all resolutions except for two that were voted on during the period of its membership: on cooperation with Ukraine (Kenya abstained in 2014 and voted in favour in 2015). For thematic resolutions dealing with civil and political rights, Kenya has generally joined consensus. Where there has been a vote, it has tended to vote in favour. It did though vote against a 2013 resolution on the question of the death penalty, a 2014 text on gender orientation, and a 2014 text on peaceful protests. Kenya abstained during voting on a 2014 resolution on the death penalty, and during voting on a 2014 resolution on the integrity of the judicial system. For thematic resolutions dealing with economic, social and cultural rights, Kenya has either joined consensus on, or has voted in favour of, all adopted texts.
View full voting record

Average of statements for all countries: 109
53

Longest visit request not (yet) accepted by the State >
SR on independence of judges, 2000

Cited in the Secretary General’s reports on 'alleged reprisals for cooperation with the United Nations, its representatives and mechanisms in the field of human rights' (2010-2020)?
YES
Response to allegations from government concerned?
NO

Kenya circulated a note verbale informing UN member states of its candidature for membership of the Council for the period 2016-2018 in July 2015. The note verbale was not accompanied by voluntary pledges and commitments.

Kenya tabled voluntary pledges and commitments in support for its candidacy for membership for the period 2013-2015, on 12 October 2012.

The first part of the document presents Kenya’s general legal and policy framework for the promotion and protection of human rights, and a description of its commitment to universal norms (e.g. which instruments it has ratified). The main part of the document sets out concrete pledges and commitments ‘to further advance human rights at the regional and international levels, and further enhance human rights at the national level.’

However, most paragraphs are a restatement of existing commitments. Kenya makes only 8 concrete pledges for further action to contribute to the fuller enjoyment of human rights domestically or internationally. Of those, only 2 are somewhat ‘specific, measurable and verifiable:’ a pledge to play an active role in mediating and helping resolve regional conflicts with a view to protecting human rights; and taking steps to reform and strengthen the country’s judiciary.