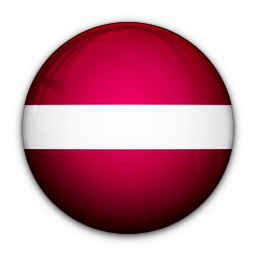 Moratorium on the use of the death penalty.

Average of statements for all countries: 109
23

Latvia tabled ‘voluntary pledges and commitments’ in support for its candidacy for membership for the period 2015-2017 on 25 July 2014. The document presents Latvia’s international level and national level commitments and pledges for its membership term.

At the international level, Latvia pledged to: actively engage in the work of the Council; contribute to the full implementation of the mandate of the Council; continue to cooperate with Council mechanisms and maintain support for the work of Treaty Bodies and OHCHR; consider accepting individual complaints under previously ratified treaties; ensure continuous voluntary contributions to OHCHR; maintain its standing invitation to Special Procedures and cooperate with mandate-holders; engage actively in the UPR process through participation in the working group; submit a UPR mid-term report; follow-up on the Millennium Development Goals and actively engage in the post-2015 process; safeguard human rights in the context of the use of new information/communication technology and cyberspace; and strengthen democracy and good governance.

At national level, Latvia made commitments to: promote gender equality and women’s rights; intensify efforts to combat human trafficking and sham marriages; ensure the rights of the child in accordance with UN guidelines on the prevention of juvenile crime and protection of children in the criminal justice system; and closely cooperate with NGOs in the development of human rights policies and in decision-making processes.

An analysis of steps taken by Latvia in fulfilment of its international pledges shows that it has yet to accept the right to individual complaint under already-ratified treaties. It contributed US$12,516 to the OHCHR in 2014. Latvia has a generally low level of participation in Council debates. Regarding cooperation with Special Procedures, it maintains a Standing Invitation, has accepted 4 out of 5 visit requests and did not respond to the only communication it received during the period under review. Three of Latvia’s periodic reports to Treaty Bodies are overdue (including ICESCR, which is overdue by around 8 years). It is quite active in the UPR, making recommendations to 78 states during the first cycle.