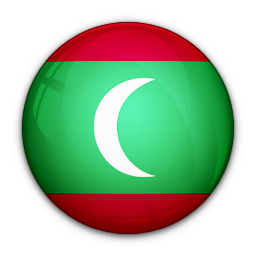 Contribution of respect for all human rights and fundamental freedoms to achieving the purposes and upholding the principles of the Charter of the United Nations; Contribution of parliaments to the work of the Human Rights Council and its universal periodic review; Strengthening efforts to prevent and eliminate child, early and forced marriage; Human rights and climate change; Human rights and the environment; Independence and impartiality of the judiciary, jurors and assessors, and the independence of lawyers; Mandate of the Special Rapporteur on the independence of judges and lawyers; Optional Protocol to the Convention on the Rights of the Child on a communications procedure; Situation of human rights in the Libyan Arab Jamahiriya; Special Rapporteur on the promotion of truth, justice, reparation and guarantees of non-recurrence; The rights to freedom of peaceful assembly and of association; Situation of human rights of Rohingya Muslims and other minorities in Myanmar; The role of prevention in the promotion and protection of human rights; High-level panel discussion on the occasion of the tenth anniversary of the Voluntary Technical Assistance Trust Fund to Support the Participation of Least Developed Countries and Small Island Developing States in the Work of the Human Rights Council.

Longest visit request not (yet) accepted by the State >
WG on discrimination against women and girls, 2014

At national level, the Maldives pledged to: welcome visits by Special Rapporteurs and Independent Experts; improve the effectiveness of its independent national institutions; strengthen the judiciary in view of the recommendations made by the relevant Special Rapporteur; and follow up on the recommendations received under the UPR and contained in the concluding observations of the Treaty Bodies.

At international level, the Maldives committed to: accede to the ICRMW and the CPED. It also pledged to ratify the CRC-OP3 and to work with LDCs and SIDS to support the fulfilment of their international human rights obligations.

An analysis of steps taken by the Maldives in fulfilment of its international level pledges shows that the Maldives has yet to ratify the three treaties it mentioned – the CRC-OP3, ICRMW and the CPED. Regarding participation at the Council, the Maldives participated in around half of panel discussions and general debates, and 34% of interactive dialogues. The Maldives maintains a Standing Invitation and accepted 6 out of 14 visit requests. However, it responded to only 2 of 11 communications received. The Maldives has ratified most of the core conventions, but tends to be late in submitting its periodic reports. At present, four reports are overdue, including the report to the Committee Against Torture, which is overdue by over 10 years.