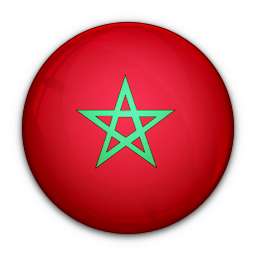 Strengthening the Voluntary Technical Assistance Trust Fund to Support the Participation of Least Developed Countries and Small Island Developing States in the Work of the Human Rights Council; Human rights implications of the COVID-19 pandemic on young people; The human right to a clean, healthy and sustainable environment; Enhancement of technical cooperation and capacity-building in the field of human rights; The negative impact of corruption on the enjoyment of human rights; New and emerging digital technologies and human rights; Human rights, democracy and the rule of law; Human rights and the environment; Enforced or involuntary disappearances; Special Rapporteur on the promotion of truth, justice, reparation and guarantees of non-recurrence; The safety of journalists; Situation of human rights in the Syrian Arab Republic; Elimination of discrimination against persons affected by leprosy and their family members; Extreme poverty and human rights; Fifteenth anniversary of the responsibility to protect populations from genocide, war crimes, ethnic cleansing and crimes against humanity; Promoting human rights through sport and the Olympic ideal; The role of prevention in the promotion and protection of human rights; World Programme for Human Rights Education; Human rights and transitional justice; Youth and human rights.

Average of statements for all countries: 109
100

Longest visit request not (yet) accepted by the State >
SR on freedom of assembly, 2011

At international level, Morocco pledged to: improve the work of the UPR; maintain dialogue with Special Procedures, including regarding visits; cooperate with Treaty Bodies, present periodic reports on time and follow up on recommendations; promote human rights education and training; present a mid-term report under the UPR; and ratify the CEDAW-OP, CAT-OP, ICCPR-OP and the CRC-OP3.

An analysis of steps taken by Morocco in fulfilment of its international level pledges shows that Morocco indeed improved its engagement with the UPR, presenting 2nd and 3rd cycle reports. IT participated at ministerial level and presented recommendations during the reviews of 117, 145, and 91 other States at the 1st, 2nd, and 3rd cycles, respectively. Regarding cooperation with Special Procedures, Morocco has completed or accepted over 72% of visit requests and responded to 86% of communications. Morocco is Party to all the core conventions. Notwithstanding, it is yet to submit three periodic reports (CAT, CCPR, CESCR), and the ones it has submitted, were generally presented late (CED, CEDAW, CERD).