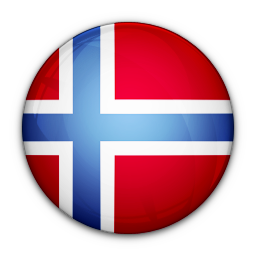 Since it first became a member of the Council in 2009, Norway has either voted in favour of or has joined consensus on every resolution tabled under item 4 (situations that require the Council’s attention), and country-specific resolutions under item 2. For item 7 resolutions (human rights in the Occupied Palestinian Territories), Norway has either voted in favour or abstained on all resolutions (almost equally), with one exception: a March 2010 resolution on ‘Grave violations by Israel in the OPT, including East Jerusalem.’ For thematic resolutions dealing with civil and political rights, where a vote has been called, Norway has tended to vote in favour (e.g. South Africa’s 2011 text on sexual orientation, Egypt’s resolution on multiculturalism). It has voted against two resolutions on the ‘right to peace’ and one on ‘defamation of religions.’ For thematic resolutions dealing with economic, social and cultural rights, Norway has joined consensus on a majority of texts. Where there have been votes on such texts, Norway has usually voted in favour of resolutions on the ‘right to development.’ It has voted against resolutions on: international solidarity (Cuba), and unilateral coercive measures (NAM). Norway has abstained on a number of resolutions, including those dealing with: the non-repatriation of funds of illicit origin, and foreign debt.
View full voting record

Average of statements for all countries: 98
96

Average of statements for all countries: 61
43

Norway tabled voluntary pledges and commitments in support for its candidacy for membership for the period 2009-2012 on 19 March 2009.

The document outlines Norway’s support for the UN and multilateralism. Norway is one of the three largest contributors to the UNDP, UNICEF, UNIFEM, UNFPA and UNEP, and is the second largest voluntary donor to OHCHR. The document further describes Norway’s commitment to providing development cooperation and humanitarian assistance. The voluntary pledges and commitments also note that Norway is Party to 6 core human rights conventions, and has passed legislation implementing them in Norwegian law; cooperates fully with Treaty Bodies; and has issued a Standing Invitation to all Special Procedures. In terms of thematic priorities, Norway highlights child rights, women’s rights, gender equality and indigenous rights. It also emphasises its commitment to poverty eradication, the MDGs and UN peace building.

In terms of concrete pledges, Norway committed to work in a spirit of engagement, cooperation and dialogue to strengthen the work of the Council; to promote and cooperate with the UPR mechanism; and to ratify CRPD, CPED and OP-CAT (all already signed) as soon as the necessary national legislation has been adopted.

An analysis of steps taken by Norway in fulfilment of its international pledges shows that it has actively participated in and contributed to the work of the Council. For example, it has participated in 64% of panel debates, and 60% of interactive dialogues and general debates. Norway maintains a Standing Invitation, has facilitated 4 out of 8 Special Procedures visit request and responded to all communications (2). Norway did indeed move to ratify the CRPD and the OP-CAT (in 2013) but has yet to ratify the CPED. Norway is Party to nearly all the core conventions, and has a strong record of reporting on time. Regarding the UPR, Norway was represented at ministerial level, submitted a mid-term report on implementation, and contributed to the reviews of 127 other states (first cycle).