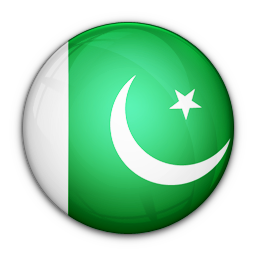 The central role of the State in responding to pandemics and other health emergencies, and the socioeconomic consequences thereof in advancing sustainable development and the realization of all human rights; The need for an integrated approach to the implementation of the 2030 Agenda for Sustainable Development for the full realisation of human rights, focusing hollistically on the means of implmentation; Promoting the right of everyone to the enjoyment of the highest attainable standard of physical and mental health; Ensuring use of remotely piloted aircraft or armed drones in counter-terrorism and military operations in accordance with international law, including international human rights and humanitarian law; Effects of foreign debt and other related international financial obligations of States on the full enjoyment of all human rights, particularly economic, social and cultural rights: the activities of vulture funds; Eliminating inequality within and among States for the realization of human rights; Violations of international law in the context of large-scale civilian protests in the Occupied Palestinian Territory, including East Jerusalem; High-level panel discussion on the occasion of the tenth anniversary of the Voluntary Technical Assistance Trust Fund to Support the Participation of Least Developed Countries and Small Island Developing States in the Work of the Human Rights Council.

Since it first became a member of the Council in 2006, were a vote was called, Pakistan either abstained or voted against of all item 4 resolutions (situations that require the Council’s attention); although it, however, voted in favour of two texts on the Syrian Arab Republic (both in 2013) and two on Myanmar (2018, 2020). In the absence of consensus, Pakistan voted against the country-specific resolutions under item 2 (e.g. the situation in Sri Lanka). For item 7 resolutions (human rights in the Occupied Palestinian Territories), Pakistan has consistently voted in favour. On item 10 resolutions (capacity-building), Pakistan has tended to abstain. For thematic resolutions dealing with civil and political rights, Pakistan has generally joined consensus. Where there has been a vote, it has tended to vote in favour. Notwithstanding, Pakistan tends to vote against resolutions on the question of the death penalty, sexual orientation, the world drug problem, and peaceful protests; and abstained during the voting on a text on countering violent extremism (2009) and two texts on discrimination based on religion or belief (2007, 2009). For thematic resolutions dealing with economic, social and cultural rights, Pakistan has either joined consensus on, or has voted in favour of, all adopted texts
View full voting record

Average of statements for all countries: 109
84

Pakistan presented commitments and pledges in support of its candidature for membership for the period 2018-2020 in August 2017. Key pledges include:

At national level: Implement a National Action Plan that considers national and international human rights obligations; review, in consultation with all stakeholders, existing human rights legislation, with a view to adapting and better enforcing it; further enhance the operational effectiveness of National Human Rights Institutions, providing them with adequate human and financial resources; build the human rights capacity of government officials and other relevant stakeholders; continue to ensure speedy justice for victims of human rights violations including through strengthening law enforcement agencies and prosecutors.

An analysis of steps taken by Pakistan in fulfilment of its international level pledges shows that Pakistan has now ratified nearly all the core international human rights treaties and in terms of cooperation with the Treaty Bodies, Pakistan tends to submit its periodic reports; it only has one overdue report. Regarding Pakistan’s participation at the Council, it has spoken in around 42% of panel discussions and general debates, (though it speaks in many more as coordinator of the OIC). Turning to cooperation with Special Procedures, Pakistan only responded to 24% of all communications received and facilitated 18% of all visit requests. Regarding its own UPR, Pakistan participated at ministerial level. Pakistan also participated in the reviews of 75 other States during the first UPR cycle and 111 during the second cycle.