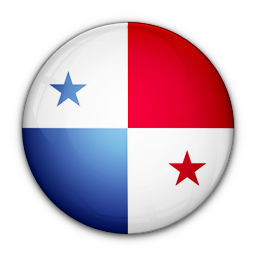 Situation of human rights in the Islamic Republic of Iran; Equal pay

Since it first became a member of the Council in 2016, Panama has either voted in favour or has joined consensus on every resolution tabled under item 4 (situations that require the Council’s attention), For item 7 texts (human rights in the Occupied Palestinian Territories), Panama has either voted in favour of all texts (HRC31) or abstained on all texts (HRC34).  On item 10 resolutions (capacity-building), Panama has joined consensus on all resolutions. In absence of consensus, it has voted in favour of such texts, including for those resolutions dealing with: cooperation with Georgia, and cooperation with and assistance to Ukraine in the field of human rights. For thematic resolutions dealing with civil and political rights, Panama has generally joint consensus. Where there has been a vote, it has voted in favour of resolutions on: Protecting human rights defenders (Norway); human rights in the context of peaceful protests (Switzerland); sexual orientation and gender identity (Argentina, Uruguay); impact of arms transfers (Ecuador Peru); civil society space (Chile, Ireland); right to peace (Cuba); use of mercenaries (Cuba); transitional justice (Argentina); protection of human rights while countering terrorism (Mexico); and arbitrary detention (France). It has abstained on an Egyptian text on the effects of terrorism on human rights. For thematic resolutions focusing on economic, social and cultural rights, Panama has either joined consensus on, or has voted in favour of nearly all adopted texts. The exceptions are its abstention on the African Group’s resolutions on the negative impact of the non-repatriation of illicit funds; China’s resolution on the contribution of development to the enjoyment of all human rights, and its vote against the Egyptian text on protection of the family.
View full voting record

Average of statements for all countries: 98
2

Average of statements for all countries: 61
20

Longest visit request not (yet) accepted by the State >
SR on food, 2016

Panama presented voluntary pledges and commitments, in support for its candicacy for 2016-2018 on 17 March 2015.

At the national level: implement the Treaty Bodies and UPR recommendations received and to develop a system for monitoring the implementation of such recommendations; ensure that international human rights provisions are incorporated into national legislation; promulgate comprehensive anti-discrimination legislation; take measures to ensure gender equality; create a national mechanism for the prevention of torture; adopt a law for the protection of children; build a shelter for victims of human trafficking; align the procedures for determining refugee status with international standards; ensure that human rights education is part of the country’s school curricula.

At the international level, Panama committed to: strengthen Council as the principal United Nations human rights body; support the Council and its mechanisms; promote the strengthening of the UPR; support the creation of a mechanism to review and assess on an annual basis the degree to which both Council members and candidates cooperate with the Council and its special procedures; participate actively in the UPR; support initiatives to mainstream gender equality into all United Nations human rights activities; support the Council’s efforts to combat torture and cruel, inhuman and degrading treatment; support initiatives aimed at protecting human rights defenders; back initiatives of the President of the Council that aim to immediately put an end to the intimidation and harassment of individuals and groups that cooperate or seek to cooperate with United Nations; foster open and honest dialogue with the special procedures and mechanisms of the Council; protect the independence of the OHCHR; and demand, as appropriate in emergency situations, an effective and immediate response from the system for the protection of human rights.

An analysis of steps taken by Panama in fulfilment of its pledges shows that it has not yet designed a national mechanism for the prevention of torture. In terms of cooperation with the Council, Panama has participated in a very low number of debates and dialogues  (less than 10%). Regarding cooperation with the Treaty Bodies, Panama has ratified all eight core human rights conventions but has not submitted its periodic reports under four of them.