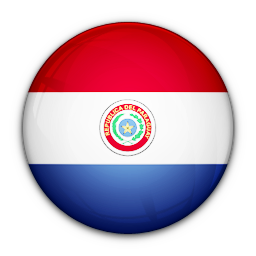 Contribution to the implementation of the joint commitment to effectively addressing and coutnering the world drug problem with regard to human rights; Promoting international cooperation to support national human rights follow-up systems, processes and related mechanisms, and their contribution to the implementation of the 2030 Agenda for Sustainable Development; Addressing the impact of multiple and intersecting forms of discrimination and violence in the context of racism, racial discrimination, xenophobia and related intolerance on the full enjoyment of all human rights by women and girls; Contribution of the Human Rights Council to the special session of the General Assembly on the world drug problem of 2016; The incompatibility between democracy and racism;; Situation of human rights in South Sudan; The right of everyone to the enjoyment of the highest attainable standard of physical and mental health; Promotion and protection of human rights in Nicaragua; Promotion and protection of human rights in the Bolivarian Republic of Venezuela.

Average of statements for all countries: 98
2

Average of statements for all countries: 46
7

Average of statements for all countries: 109
23

Average of statements for all countries: 61
32

Longest visit request not (yet) accepted by the State >
SR on extrajudicial, summary or arbitrary executions (2021, visit accepted)

Paraguay tabled ‘voluntary pledges and commitments’ in support for its candidacy for membership for the period 2015-2017 on 27 December 2013.

At international level, Paraguay made commitments, inter alia, to: fully cooperate with the Council and its mechanisms; support and protect the independence of OHCHR; promote the strengthening of the UPR and submit a mid-term UPR report; and maintain a standing invitation to Special Procedures.

An analysis of steps taken by Paraguay in fulfilment of its international pledges shows that it cooperates with the Council by actively participating in interactive dialogues and Council debates. Paraguay maintains a standing invitation to the Special Procedures and has a strong record of accepting their visits. It participated in its UPR review at ministerial-level and presented a mid-term UPR report during the first and second cycles.
Paraguay supports the work of OHCHR and hosts a UN human rights adviser. Paraguay has developed a National Mechanism for the Implementation, Reporting and Follow-up (NMIRF), which remains active, and guides domestic implementation of its international human rights and SDG commitments.