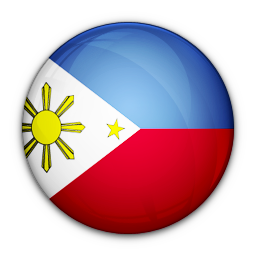 World Programme for Human Rights Education; Contribution of parliaments to the work of the Human Rights Council and its universal periodic review; Extreme poverty and human rights; Human rights and climate change; Human rights education and training; Mandate of the Special Rapporteur on trafficking in persons, especially women and children; Trafficking in persons, especially women and children; Youth and human rights; Technical cooperation and capacity building for the promotion and protection of human rights in the Philippines.

Average of statements for all countries: 46
2

Average of statements for all countries: 109
72

Average of statements for all countries: 61
3

Longest visit request not (yet) accepted by the State >
SR on toxic waste, 2005

The Philippines tabled pledges and commitments in support of its candidacy for membership for the period 2016-2018 on 15 October 2015.

At an international level, the Philippines made commitments to: foster cooperation with states to make the Council more efficient; bridge national, regional, and international human rights goals and standards; enhance the domestic implementation of all human rights treaty obligations and programmes; be a voice for vulnerable groups, including migrants, women and children; be sensitive to challenges that impact on human rights; support the right to development; actively engage with the Treaty Bodies, Special Procedures, and the UPR; continuing to support the important work of national human rights institutions; and work closely with OHCHR on initiatives in areas such as trafficking and human rights education and training.

Domestically, the Philippines pledged to: implement all human rights treaty obligations, realise the UN Millennium Development Goals, support policies that address the concerns of migrants and children, and support the work of NHRIs.

An analysis of steps taken by the Philippines in fulfilment of its international pledges shows that it has facilitated only 24% Special Procedures visit requests, and has responded to around 46% of all communications. Regarding engagement with the Treaty Bodies, the Philippines is Party to seven core conventions, two of its periodic reports under those treaties were submitted late (CRPD and CRC) and two are overdue (ICCPR and CERD).