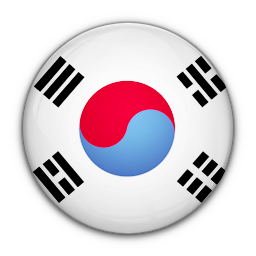 Human rights, democracy and the rule of law; New and emerging digital technologies; Promoting human rights through sport and the Olympic ideal; Local government and human rights; The role of good governance in the promotion and protection of human rights.

Average of statements for all countries: 46
0

Average of statements for all countries: 109
37

Longest visit request not (yet) accepted by the State >
WG on arbitrary detention, 2015, visit agreed with dates

The Republic of Korea presented voluntary pledges and commitments in support of its candidature for membership for the period 2020-2022 on July 2019.

Key international-level pledges included: cooperating with the international community to address human rights violations around the world; cooperating with other States on the implementation of their obligations through technical assistance; incorporating human rights perspectives into development cooperation; helping make the Council more effective and efficient, so that it can respond to urgent situations in a prompt manner; cooperate fully with the Special Procedures, UPR and Treaty Bodies; support the work of OHCHR;

Key national-level pledges included: implement the provisions of the international human rights instruments at the national level; consider withdrawing the reservations made to article 25e of the CRPD, and to article 21a of the CRC; consider ratifying the CED, OP-CAT, the UN Convention against Transnational Organised Crime and the Protocol to Prevent, Suppress and Punish Trafficking in Persons, especially Women and Children (The Palermo Protocol); strengthen the implementation of the ‘Second National Action Plan for the Promotion and Protection of Human Rights’ for 2012-2016, and enhance cooperation and partnership with civil society.

The country has a strong record of cooperation with Special Procedures. It maintains a standing invitation to visit, has completed or accepted almost 90% of all visit requests, and has responded to 80% of communications received.