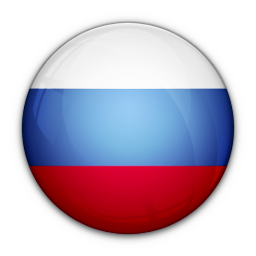 Since it first became a member of the Council in 2006, the Russian Federation has (in the absence of consensus) voted against all resolutions tabled under item 4 (situations that require the Council’s attention), as well as country-specific resolutions under item 2. Where there have been votes on item 7 resolutions (human rights in the Occupied Palestinian Territories), the Russian Federation has always voted in favour. The Russian Federation voted against most texts voted under item 10 (technical assistance and capacity building), except a 2009 resolution on the Democratic Republic of the Congo (it voted in favour). For thematic resolutions dealing with civil and political rights, the Russian Federation has generally joined consensus or voted in favour. Exceptions to this rule include the votes against the texts on peaceful protests (2014 and 2016), sexual orientation (2016), civil society space (2016), violent extremism (2015, 2016) and human rights defenders (2016); as well as the abstentions during the voting on the 2014 and 2015 texts on the question of the death penalty, the 2015 resolution on democracy, and 2016 text on transitional justice. For thematic resolutions dealing with economic, social and cultural rights, Russia has either joined consensus or has voted in favour of all resolutions, the only exception was a 2016 text on the right to water and sanitation.
View full voting record

Average of statements for all countries: 50
36

Average of statements for all countries: 109
17

The Russian Federation tabled voluntary pledges and commitments in support for its candidacy for membership for the period 2014-2016 on 15 July 2013.

The Russian Federation made a number of concrete pledges and commitments – mainly at international level.

International level pledges included, inter alia: to cooperate constructively with the Treaty Bodies and thematic Special Procedures; support OHCHR, including financially; actively participate in the UPR mechanism, in particular through the implementation of accepted recommendations; give priority to the fight against racism; and contribute to the prevention of human trafficking.

An analysis of steps taken by the Russian Federation in fulfilment of its international level pledges shows that Russia has cooperated with the Special Procedures by responding 84% of communications and accepting 52% of visit requests. Russia has ratified most of the core international human rights conventions, and at present none of its periodic reports are overdue. Russia makes important voluntary contributions to OHCHR, and tends to be represented by High Level delegations during its own UPR.