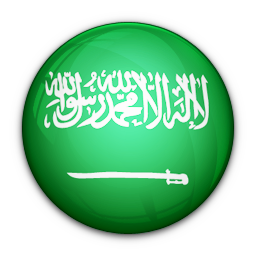 Average of statements for all countries: 46
115

Average of statements for all countries: 109
85

Average of statements for all countries: 61
8

Longest visit request not (yet) accepted by the State >
SR on freedom of expression, 2004

Saudi Arabia presented voluntary pledges and commitments in support of its candidature for membership of the Council for the period 2017-2019 on 12 February 2016.

At the international level, Saudi Arabia pledged, inter alia, to: Continue to implement its commitments under regional and international human rights instruments to which it is a Party; continue to consider accession to human rights instruments to which it is not yet Party; cooperate with the Council by taking an active role in its work, respecting its working procedures, implementing and complying with its resolutions, and taking action to develop friendly relations among nations; foster tolerance, peaceful coexistence and dialogue; reject racism and all forms of extremism, and strengthen cultural diversity; cooperate with the UPR mechanism and continue to implement the recommendations received in the context of the first two cycles; cooperate with the Council’s Special Procedures by responding to communications, facilitating country visits, and following up with mandate-holders.

At the domestic level, Saudi Arabia committed, inter alia, to: Continue to strengthen Saudi Arabia’s domestic legal framework for the protection of human rights by adopting pertinent laws; review existing domestic laws to ensure compliance with the country’s international and regional human rights obligations; continue to implement programmes to foster a culture of human rights and provide human rights education; continue to empower women in order to protect and promote their rights under the Islamic Sharia and international laws and standards; support civil society, strengthening its role and enabling it to play a vital part in promoting and protecting human rights; involve civil society in preparing Saudi Arabia’s Treaty Bodies and UPR reports.

An analysis of steps taken by Saudi Arabia in fulfilment of its international level pledges shows that Saudi Arabia has participated in around a quarter of panel discussions and dialogues. Regarding cooperation with the Special Procedures mechanism, Saudi Arabia has not extended a Standing Invitation and has accepted only 28% visit requests. It, however, has replied to 84% of communications received. Saudi Arabia continues to make a yearly voluntary contribution to OHCHR. Concerning its pledge to support civil society space, Saudi Arabia  joined consensus on the Council’s 2014 resolution on civil society space, but in 2016 and 2018, when a vote was called, it abstained. Saudi Arabia joined consensus on all Council resolutions related with the rights of women.