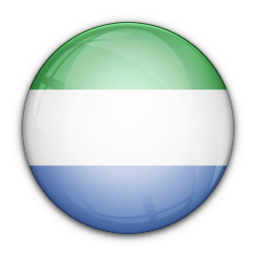 Average of statements for all countries: 109
77

Longest visit request not (yet) accepted by the State >
SR on water and sanitation, 2017

Sierra Leone tabled voluntary pledges and commitments in support of its candidacy for membership for the period 2013-2015 on 19 October 2012.

Internationally, Sierra Leone pledged to: support the mainstreaming of human rights; extend a Standing Invitation to all Special Procedures; engage constructively in all Council deliberations; cooperate with the Council’s mechanisms; fulfil its obligations under the human rights Treaties, including its reporting obligations; implement accepted UPR recommendations; and engage with NGOs at the Council.

At national level, Sierra Leone pledged to: institutionalise a national human rights action plan; enact legislation to provide for a 30% quota for female representation in government; implement healthcare initiatives; review its justice system; and cooperate with domestic NGOs and the NHRI.

An analysis of steps taken by Sierra Leone in fulfilment of its international level pledges shows that, in terms of engagement in Council deliberations, it has participated in around half of panel discussions, and around a third of interactive dialogues and general debates. Regarding cooperation with Special Procedures, Sierra Leone maintains a Standing Invitation and has facilitated more than half of visits requests. It has only responded to less than 30% of communications received. Sierra Leone made no recommendations to any state in the First UPR Cycle. In terms of the human rights treaties, Sierra Leone is Party to most core conventions. Some of its periodic reports are, however, very overdue (e.g. ICESCR).