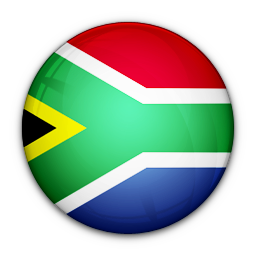 The role of good governance in the promotion and protection of human rights; Eliminating inequality within and among States for the realization of human rights; The central role of the State in responding to pandemics and other health emergencies, and the socioeconomic consequences thereof in advancing sustainable development and the realization of all human rights; The right to social security; Access to medicines and vaccines in the context of the right of everyone to the enjoyment of the highest attainable standard of physical and mental health; Equal pay; Elimination of discrimination against women and girls in sport; United Nations Declaration on the Rights of Peasants and Other People Working in Rural Areas; The need for an integrated approach to the implementation of the 2030 Agenda for Sustainable Development for the full realisation of human rights, focusing holistically on the means of implementation; Elaboration of an international legally binding instrument on transnational corporations and other business enterprises with respect to human rights; Human rights, sexual orientation and gender identity; Nelson Mandela International Day; Globalization and its impact on the full enjoyment of all human rights; Rectification of the legal status of the Committee on Economic, Social and Cultural Rights.

Average of statements for all countries: 109
79

Longest visit request not (yet) accepted by the State >
SR on extreme poverty, 2008

South Africa tabled voluntary pledges and commitments in support for its candidacy for membership for the period 2017-2019 on 25 October 2016.

In the document, South Africa does not make concrete pledges and commitments, but it affirms that it is the process of: acceding the OP-CAT, the ICESR-OP, the CED, the convention relating to the Status of Stateless Persons; the Convention on the Reduction of Statelessness; and the CMW; as well we to report to the treaty bodies. It also affirms remains resolute in its commitment to ensuring that the United Nations human rights system adopts the four requisite additional protocols to the CERD; and to contribute financial to the OHCHR.

An analysis of steps taken by South Africa in fulfilment of its international level pledges shows that South Africa has submitted its periodic reports under 6 of the 7 ratified core conventions (the CEDAW report is overdue by four years). It did ratify the OP-CAT, but it is yet to ratifiec the ICESR-OP and the CED.

South Africa did not make a voluntary contribution to OHCHR in 2018.