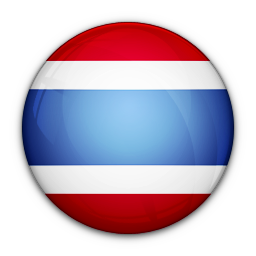 Promoting human rights and SDGs through transparent, accountable, and efficient public services delivery; Promotion and protection of human rights and the implementation of the 2030 Agenda for Sustainable Development; World Programme for Human Rights Education; Access to medicines in the context of the right of everyone to the enjoyment of the highest attainable standard of physical and mental health; Contribution of the Human Rights Council to the high level meeting on HIV/AIDS in 2016; Enhancement of technical cooperation and capacity-building in the field of human rights; Establishment of the Office of the President of the Human Rights Council; High-level panel discussion to commemorate the twentieth anniversary of the adoption of the Vienna Declaration and Programme of Action; High-level panel on the occasion of the tenth anniversary of the Human Rights Council; Human rights education and training; Independence and impartiality of the judiciary, jurors and assessors, and the independence of lawyers; Mandate of the Special Rapporteur on the independence of judges and lawyers; National policies and human rights; Optional Protocol to the Convention on the Rights of the Child on a communications procedure; Regional arrangements for the promotion and protection of human rights; Regional cooperation for the promotion and protection of human rights in the Asia-Pacific Region.

Average of statements for all countries: 109
76

Longest visit request not (yet) accepted by the State >
SR on torture, 2011

Thailand tabled its commitments, voluntary pledges and contributions in support for its candidacy for membership for the period 2010-2013 on 22 February 2010.

At national level, Thailand pledged to: support the work of the National Human Rights Commission; strengthen the implementation of human-rights-related legislation and policies; strengthen law enforcement in line with international human rights standards and norms; promote human rights education; strengthen interfaith dialogue; protect the rights of the poor; and engage with civil society.

Internationally, Thailand undertook to: participate fully in the work of the Council and cooperate with its Special Procedures; expedite withdrawal of its reservations to CEDAW and ICCPR; consider becoming Party to the CPED; cooperate closely with Treaty Bodies, including by submitting periodic reports in a timely manner; protect the rights of women, children and persons with disabilities; promote gender equality; and support dialogue on democracy, human security and religion.

An analysis of steps taken by Thailand in fulfilment of its international pledges shows that it does indeed contribute to the work of the Council, participating in around half of all panel discussions and interactive dialogues. Regarding cooperation with Special Procedures, Thailand has only facilitated 39% of visit requests, but replied to over 70% of the communications it received during the period under review. Thailand is Party to nearly all the core conventions, and currently has no overdue reports. Thailand has indeed withdrawn its reservations to articles 6 and 9 of the ICCPR and its reservations to article 16 of CEDAW. However, it retains other reservations to those treaties.