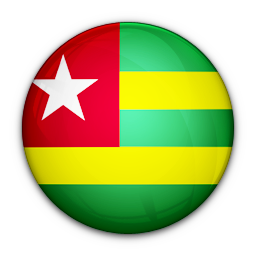 Contribution of respect for all human rights and fundamental freedoms to achieving the purposes and upholding the principles of the Charter of the United Nations; High-level panel discussion on the occasion of the tenth anniversary of the Voluntary Technical Assistance Trust Fund to Support the Participation of Least Developed Countries and Small Island Developing States in the Work of the Human Rights Council.

Average of statements for all countries: 109
73

Longest visit request not (yet) accepted by the State >
SR on freedom of assembly, 2018

Togo presented voluntary pledges and commitments in support of its candidacy for membership of the Council for the period 2019-2021 on 9 October 2018.

Togo pledged to: continue to ratify relevant instruments in the field of human rights and to implement international commitments, in accordance with the instruments to which it is a party; meet its reporting obligations under those instruments and cooperate with the treaty bodies, while continuing to involve civil society in the preparation of such reports; continue to contribute constructively to discussions in the Council for the improvement of human rights throughout the world by promoting technical assistance and capacity-building for States that request such cooperation; remain an active participant in the UPR and continuing to implement the recommendations that it definitively accepted in March 2017; becoming more involved in discussions focusing on the Council’s prevention efforts; give greater support in the Council to initiatives on economic and social issues, the most vulnerable populations, women and children and those in the most deprived areas; and continue to cooperate with organizations for the defence of human rights.

An analysis of Togo’s pledges shows that it has ratified all eight core conventions, but it is yet to accept the individual complaints procedures under the CED, CEDAW, ICESCR and CRC. Togo has four overdue periodic reports and, of those reports that it has submitted, Togo tends to report late.

Concerning the UPR, Togo presented its national reports in 2011 and 2016 and significantly increased its participation in other States’ reviews (from 0 in the first cycle to 81 in the second cycle).

Togo has either voted in favour or joined consensus on all resolutions regarding the Council’s prevention mandate, civil society space, technical assistance and capacity building (except a resolution on Ukraine – it abstained) and women’s rights.