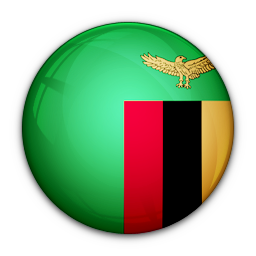 After it became a member of the Council in 2006, Zambia (in the absence of consensus) consistently voted in favour of resolutions tabled under item 4 (situations that require the Council’s attention). For item 7 resolutions (human rights in the Occupied Palestinian Territories), Zambia tended to either join consensus or vote in favour (though it did abstain on three item 7 texts). Zambia joined consensus on all item 10 resolutions (capacity-building) except for one that was voted on during its time as member: on the situation in Democratic Republic of the Congo (Zambia voted in favour). For thematic resolutions dealing with civil and political rights, Zambia has generally joined consensus. Where there has been a vote, it has tended to vote in favour. It did though vote against a 2010 OIC resolution on defamation of religions, and abstained on three other texts on the same subject. Zambia also abstained during voting on a 2011 South African resolution on sexual orientation. For thematic resolutions dealing with economic, social and cultural rights, Zambia has either joined consensus on, or has voted in favour of, nearly all adopted texts (it did not vote on two occasions).
View full voting record

Average of statements for all countries: 109
64

Longest visit request not (yet) accepted by the State >
SR on toxic waste, 2007

Zambia tabled pledges and commitments in support of its candidacy for membership for the period 2008-2011 on 5 May 2008.

Zambia’s international commitments included pledges to: fully cooperate with the UPR mechanism – during and after the review process; ratify the CRPD, OP-CRPD, OP1-CRC, OP2-CRC and the OP-CEDAW; and cooperate with the UN human rights Treaty Bodies, by meeting deadlines for the submission of periodic reports and by acting on their concluding observations and recommendations;

An analysis of steps taken by Zambia in fulfilment of its international pledges shows that Zambia did ratify the CRPD (in 2010). However, the OP-CRPD, OP1-CRC, OP2-CRC and the OP-CEDAW are yet to be ratified (though they were signed in 2008). Zambia’s periodic reports to Treaty Bodies tend to be submitted late.